James Welker・To Asia with (Boys) Love: BL Media and the Transfiguration of Gender and Sexuality 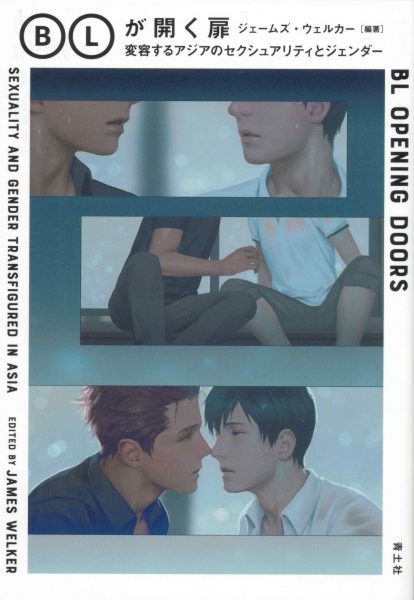 Created by and for adolescent girls and women in Japan, boys love (BL) media, depicting romantic and sexual relationships between males, took root in commercial shōjo manga (girls’ comics) magazines in the early 1970s. BL quickly spread into other commercial and fan-produced media forms, including dōjinshi (fanzines), light novels, anime, drama CDs, live action films, collectible figures, and video games. Owing perhaps to cultural and geographic proximity, BL media has found a particularly receptive home in many parts of Asia, where it has often taken on new meanings and had different fan bases and cultural effects from in its country of origin. In this talk, which reflects on work published in my recent edited collection BL ga hiraku tobira: Hen’yo suru Ajia no sekushuariti to jendā (BL opening doors: Sexuality and gender transfigured inAsia; Seidōsha, 2019), and a related volume (in progress), I will discuss the sociocultural effects of BL media around East, Southeast, and South Asia. These effects range from helping female BL fans reconsider their attitudes towards romance, sex, and sexuality in India and the Philippines, to affecting attitudes about and representation of the LGBTQ community, including same-sex marriage, in Indonesia, Taiwan, and Thailand, to facilitating new forms of cultural exchange across the region.

James WELKER is a professor in the Department of Cross-Cultural Studies at Kanagawa University. His research examines gender and sexuality in postwar and contemporary Japan, with a focus on the lesbian community, radical feminism, and queer media consumption and production, as well as the global spread of Japanese media. He is the author of Transfigurations: Feminists, Lesbians, and Shōjo Manga Fans in Late Twentieth-Century Japan (Hawai‘i, forthcoming), editor of BL ga hiraku tobira: Hen’yo suru Ajia no sekushuariti to jendā (BL opening doors: Sexuality and gender transfigured inAsia; Seidōsha, 2019) and a related volume in progress, as well as co-editor of Rethinking Japanese Feminisms (Hawai‘i, 2018), Boys Love Manga and Beyond (Mississippi, 2015), and Queer Voices from Japan (Lexington, 2007).

University of Tokyo, Faculty of Engineering Building 2, 9F, Room 93B

There are no upcoming events at this time.